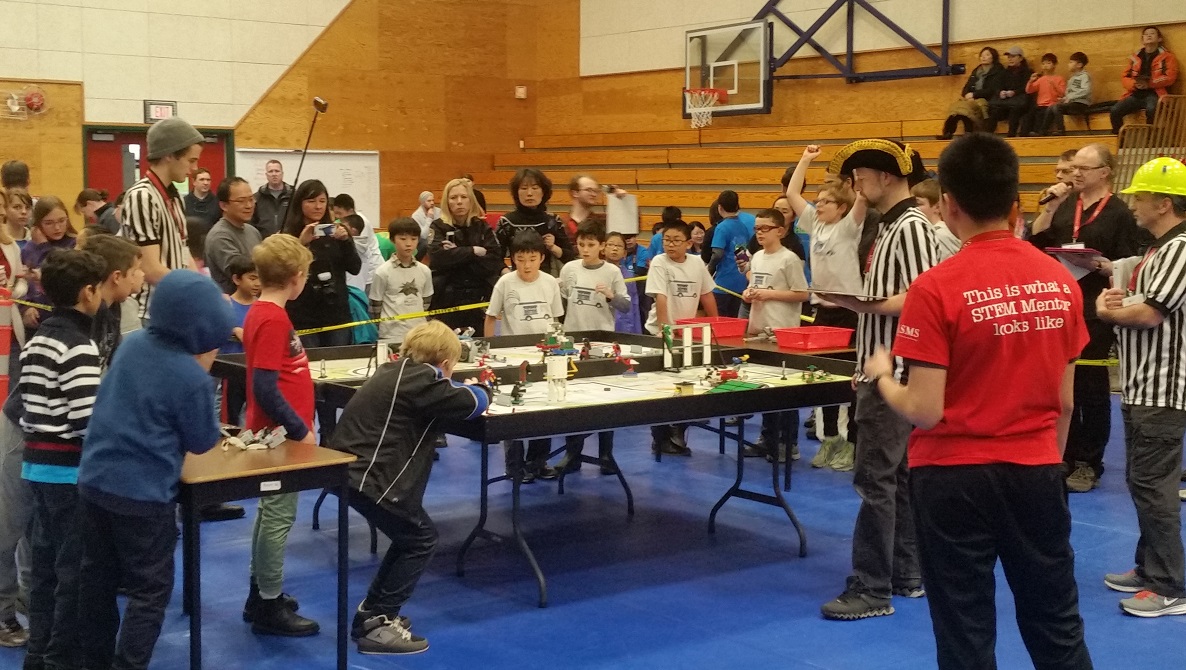 Registration is now open for our after school programs from April – June 2017. Please check out website for details on specific schools or click here to register directly: UHill, VTT, EJQ, NRP, QME, Trafalgar, LKE, GGE.  We are always doing new building and programming activities for returning students, and Mindstorms students get to practice their FLL skills with new challenges for the upcoming competition season.

We’re offering two weeks of Spring Camps in March and 4 weeks of Summer Camps in July and August. More info and to register, click here: March Spring Camps | July & August Summer Camps. Summer Camps are 10% off for early bird registration until mid March. As always, each camp is one of a kind – we always plan new activities for all grade levels every time based on the mix of returning and new students.

FIRST LEGO League BC Regional Championship Tournament News – Both our Teams in the top 10!

We took two teams, the Ballistic Parrots from University Hill Elementary and Mr. Noodles from Lord Kitchener Elementary and Ecole Jules Quesnel,  to the FIRST LEGO League BC Regional Championship Tournament in Victoria, BC, on February 4th, 2017. Both teams did incredibly well and we all had an amazing time at the tournament. 29 teams in total representing schools from across the province were there. The teams presented research projects on solutions for animals in danger from human intervention, and participated in tournament robot races. Mr. Noodles came in 4th place and Ballistic Parrots in 9th, so both in the top 10! Our coach, Barish Golland, won the Coach/Mentor award for outstanding work coaching the UHill LEGO Robotics Club team and several other schools. We’re super proud of both teams and thank all the parent volunteers who helped make this memorable event happen. For photos check out our Facebook Album! 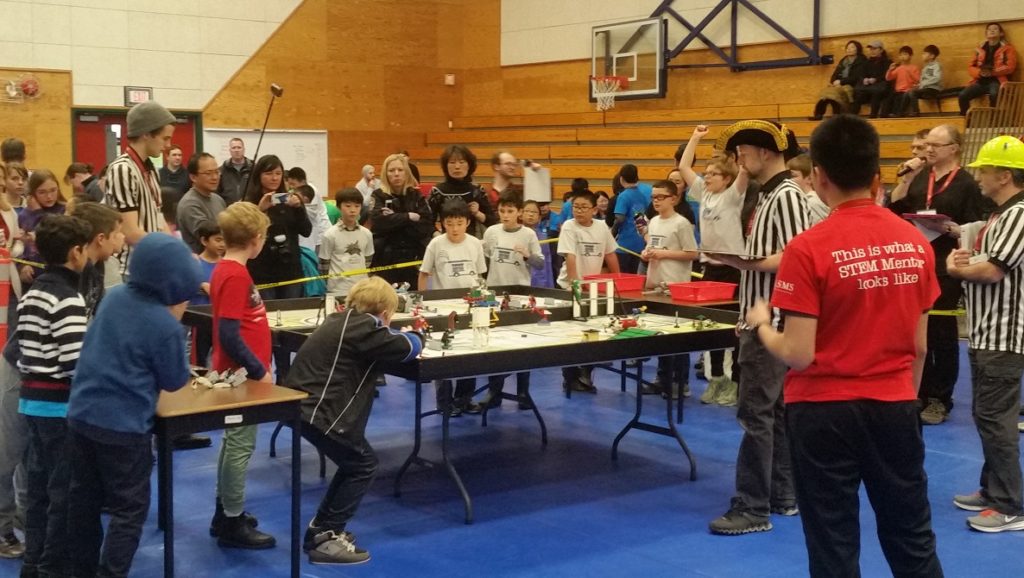